Developing EU–Japan Relations in a Changing Regional Context. A Focus on Security, Law and Policies 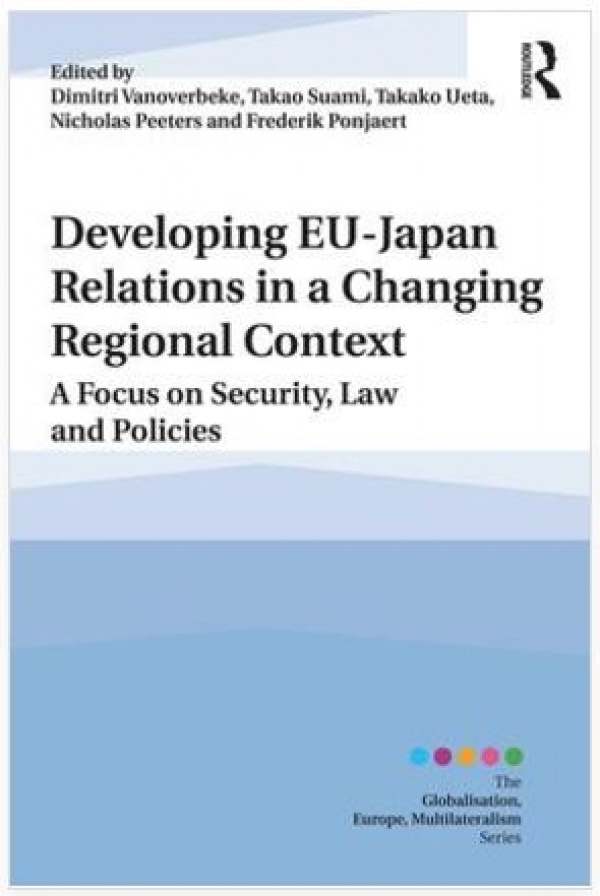 Relations between the EU and East Asia have consistently expanded in recent years, particularly between the EU and Japan. Against the background of negotiations on an economic and strategic partnership agreement, the EU–Japan relationship is set to become the single most comprehensive ‘region-to-state’ relationship the world has known today, accounting for more than a third of world GDP and a combined population of more than 600 million people.

This book addresses the potential role of the EU, in cooperation with Japan, to craft a stable and prosperous mode of governance in the Asian region. In today’s globalized world seemingly defined by waxing Chinese power and waning American power, the book reflects the lack of appreciation for an EU-Japan concert in maintaining and developing multilateral principles. It aims towards fortifying this relationship by acknowledging that in order to enhance the credibility and capabilities of such an alliance, it is necessary to take stock of where the partnership stands today, what kind of obstacles still need to be overcome and which options have been left untouched.

By introducing state-of-the-art empirical research in multiple fields, this book will be of key interest to students and scholars of international relations, comparative regionalism, the European Union and Japanese politics.