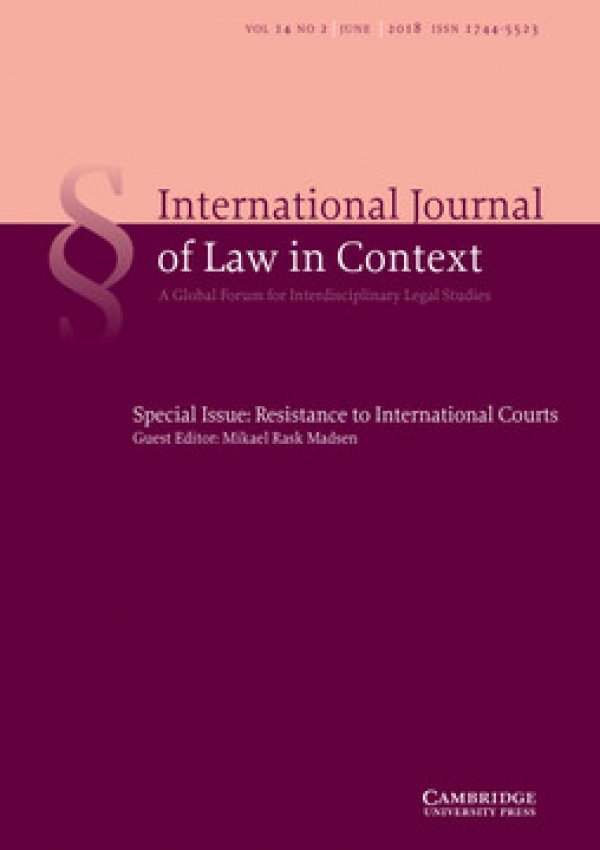 Today, international courts (ICs) are seemingly under pressure from a range of actors, including states, society and even legal professionals. At least that is the impression one gets from reading the press and specialised international  law blogs. The question is, however, whether such conclusions are premature or are depicting an exaggerated picture of the state of international legal affairs.

Drawing on a set of case-studies of resistance to ICs across the world, this special issue provides a first ever comparative empirical assessment of instances and types of resistance to ICs. The objective is both theoretical and empirical. The special issue starts with a paper by Mikael Rask Madsen, Pola Cebulak and Micha Wiebusch entitled ‘Backlash against international courts: explaining the forms and patterns of resistance to international courts’. The paper develops a general theoretical framework for studying patterns and forms of resistance to ICs against the backdrop of existing scholarship, as well as the other papers included in this issue. It introduces a number of key distinctions to better explain the variability of resistance to ICs. More specifically, it highlights the difference between mere pushback from individual Member States or other actors seeking to influence the future direction of an IC’s case-law, and actual backlash in terms of critique seeking to challenge the authority of an IC. This differentiation between two forms of resistance is crucial for developing a roadmap to identify specific forms of resistance and contextual factors (actors, institutional and political context) that need to be taken into account when analysing resistance to  ICs.