The Needed Balances in EU Criminal Law - Past, Present and Future 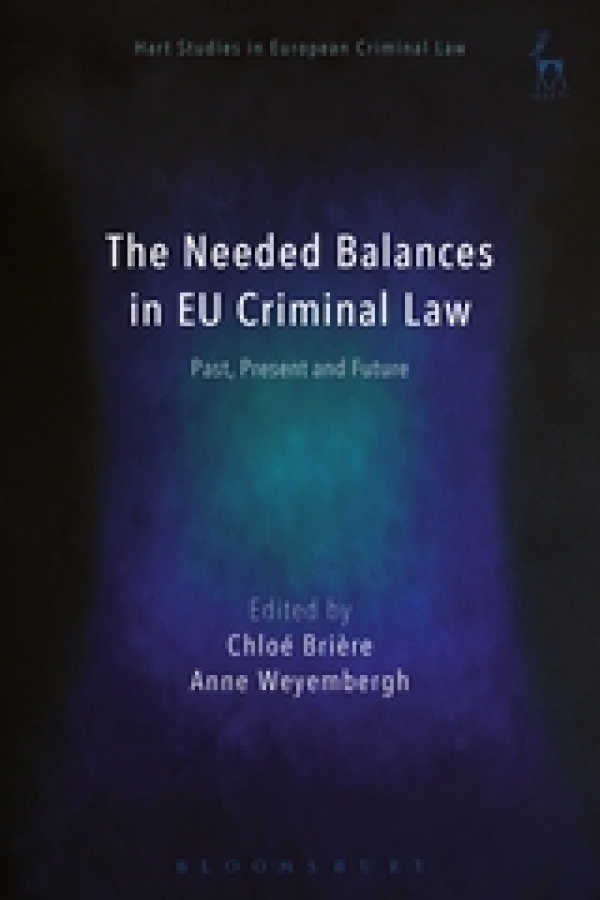 About The Needed Balances in EU Criminal Law<br /> <br /> This important volume provides an up-to-date overview of the main questions currently discussed in the field of EU criminal law. It makes a stimulating addition to literature in the field, while offering its own distinctive features. It takes a four-part approach: firstly, it addresses issues of a constitutional nature, such as the EU competence in the field of criminal law, the importance of the principle of subsidiarity and the role played by the different EU institutions. Secondly, it looks at issues linked to the quest of the right balance between diversity and unity, and focuses in particular on the special relationship between approximation and mutual recognition. Thirdly, it focuses on the balance between security and freedom, or, in other words, between the shield and sword functions of EU criminal law. Special attention is given here to transatlantic cooperation, data protection, terrorism, the European Arrest Warrant and the European Investigation Order. Finally, it examines the importance of balanced relations between criminal justice actors.

Part III: The Quest for the Right Balance Between Diversity and Unity
11. The Issue of Mutual Trust and the Needed Balance Between Diversity and Unity
Daniel Flore
12. The Sensitive Relationship Between the Different Means of Legal Integration: Mutual Recognition and Approximation
Annika Suominen
13. Mutual Recognition in EU Criminal Law and Fundamental Rights-The Necessity for a Sensitive Approach
Anže Erbežnik

Part IV: The Quest for the Right Balance Between Liberty and Security
14. The External Dimension of Mutual Trust: The Coming of Age of Transatlantic Counter-terrorism Cooperation
Valsamis Mitsilegas
15. The Role of the Data Protection Authorities in Supervising Police and Criminal Justice Authorities Processing Personal Data
Paul de Hert and Juraj Sajfert
16. 'Foreign Terrorist Fighters'-De-Radicalisation and Inclusion vs Law Enforcement and Corrections in Denmark
Jørn Vestergaard
17. A New Hope? The Court of Justice Restores the Balance Between Fundamental Rights Protection and Enforcement Demands in the European Arrest Warrant System
Leandro Mancano
18. Mutual Recognition and Cross-Border Interception of Communications: The Way Ahead for the European Investigation Order
Lorena Bachmaier

Part V: The Quest for Balance Regarding Criminal Justice Actors and in Their Mutual Relations
19. A Comparison of the Evolution and Pace of Police and Judicial Cooperation in Criminal Matters: A Race Between Europol and Eurojust?
Sabine Gless and Thomas Wahl
20 The Cooperation Between Police and Justice at the EU Level: The Representative Example of Joint Investigation Teams
Anne Weyembergh, Inés Armada and Chloé Brière
21. The Draft Regulation on the Establishment of the European Public Prosecutor's Office-Issues of Balance Between the Prosecution and the Defence
Hans-Holger Herrnfeld
22. The Material Scope of Competence of the European Public Prosecutor's Office: Lex uncerta and unpraevia?
John A.E. Vervaele