The Russian Dimension in the Transnistrian Conflict – Possibilities for Conflict Resolution. 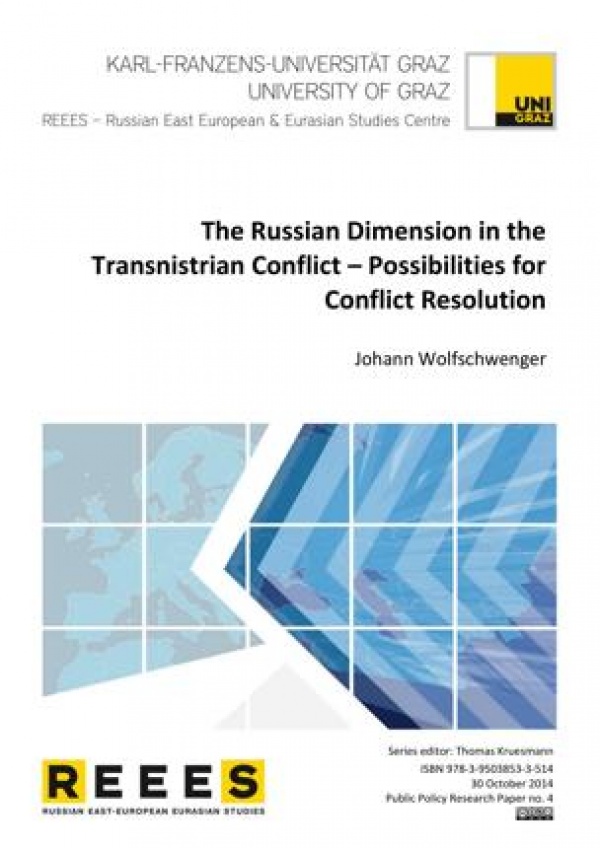 By the early 2000s Russia began to act increasingly self-assertive around its borders. It sought and still seeks to counteract a gradual NATO and EU advancement into the post- Soviet space by adopting its own, rather aggressive, brand of integration strategy. In this context, the conflict over Transnistria is used as an instrument to prevent the West from ad-vancing further into Russia’s “near abroad”. Moscow’s role in conflict solution and the policyon a regional level are mainly shaped by geo-political considerations which aim to keep lev-erage over Moldova’s government. In contrast, on a local level Moscow adopts a nationalistapproach which accentuates ethnic ties, and it channels enormous financial resources intothe breakaway region. However, with an export rate of about 30 % of Transnistria’s totalexports the EU became a crucial trading partner. After the change of power at the 2011 elec- tions the Transnistrian leadership successfully seesawed between an opening towards the West and loyalty towards Moscow. A gradual improvement of economic relations could pos- sibly lead to a bottom-up Europeanization and strengthen the EU’s mediating role in the con- flict.