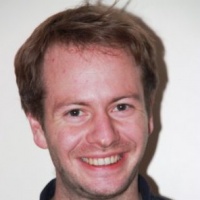 The Role of Economic Ideas in Sustainable Finance: From Paradigms to Policy

Over the last years, the perceived importance of the financial sector in contributing to the transition towards a sustainable socioeconomic system and to the mitigation of climate change in particular has been rapidly increasing. As a consequence, a variety of public, private and civil society actors and initiatives that seek to connect finance with sustainability have emerged. In the process of the community of sustainable finance becoming more interconnected and more ambitious policy recommendations being articulated, the ideas used by different actors to engage with ‘sustainable finance’ are increasingly in dialogue or in contestation with one another. Rather than directly comparing policy proposals, most of which are only at the beginning to be explored and implemented, I propose to take one step back and instead focus on the underlying ideas that actors use to define what things are all about and what is to be done. To sort and delineate these underlying ideas I use the concept of paradigm, which was developed by the philosopher of science Thomas Kuhn and since then has been used in political science and International Political Economy. Since the issue at hand is the financial system, it is reasonable to assume that ideas coming from the study of finance and economics will have some impact. However, the necessity of bringing in expertise from different fields such as environmental science as well as the contestation of mainstream economics by competing schools of thought inside economics suggests that a mere translation of textbook solutions is unlikely. In addition to that, ideas taken from the expert community undergo another process of translation and adaptation once they are brought to the political and regulatory arena. My research seeks to unpack and map the positions and movements of ideas and ultimately regulatory proposals that draw from different paradigms in the expert network of sustainable finance. I use social network analysis, qualitative and quantitative text analysis, interviews and participant-observation to conduct the research.

The main case study of this thesis is the policy subsystem of sustainable finance between 1998 and 2018. It is a single case of academic paradigms influencing policy. The definition of the policy subsystem is carried out in accordance with boundary specification techniques from the study of elite and information networks. I collected 666 texts authored by 5629 individuals from 145 organisations for the period between 1998 and 2018.

This thesis argues that sustainable finance can be conceptualised as a policy subsystem. In this system actors from diverse backgrounds develop ideas on how to connect finance and sustainability. Actors with similar understandings – or in the terminology of this thesis actors with a common frame – form communities. These frames can be detected by analysing the knowledge production of the actors through network analysis techniques. To assess the content rather than only the relations between actors and frames I use qualitative and quantitative text analysis, interview transcripts and participant observation data.

I partition the observations of the time interval between 1998 and 2018 into three periods. Throughout these three periods I identify four frames. The chronologically oldest frame emphasises the ethical dimension of investment and is associated with the term SRI. While dominant in the 1980s and 1990s the proponents of this frame never engaged systematically in knowledge production. This meant that this frame has been increasingly marginalised. Already in the first period under study (1998-2008), SRI actors were challenged by the risks and opportunities frame. In the latter framing ESG issues are understood as affecting financial returns. The risks and opportunities frame has been dominant throughout the whole period. However, there have been important variations relating to the emphasis of either risks and opportunities and perhaps more importantly, to what counts as a risk.

The third frame, which I term climate finance, is less preoccupied with assessing the risks and opportunities of existing financial assets but with the creation of new financial instruments that mobilise the capital markets to finance mitigation and adaptation projects. This frame is associated with the development community and emerged in the late 2000s. While the risks and opportunities frame has maintained its dominance, the climate finance frame offers a complementary approach to sustainable finance.

Finally, I identify a critical frame that is put forward by civil society actors that remain sceptical about ability of financial institutions and capitalism more broadly to address systemic crises like climate change. While this frame has been on the margins of sustainable finance, it has nonetheless influenced the policy subsystem to some degree.

Rather than just describing these frames and their positions within the policy subsystem, the thesis also addresses the questions which ideas they represent and how they matter for the implementation of policy. The first issue is resolved by matching frames to economic theories. Here, I find that (mainstream) modern financial theory is most frequently referenced. Environmental and climate economics, ecological economics and evolutionary/complexity perspectives are acknowledged but appear to be less relevant. Importantly, not all the references to modern financial theory are supportive as some actors try to delegitimise those ideas. Furthermore, there is some co-variation between frames and theories with the risks and opportunities frame citing modern financial theory. Meanwhile, the critical frame as well as some parts of the (systemic risk-focussed) regulatory community display greater affinity towards more heterodox evolutionary systems thinking. Another finding is that only a fraction of the actors in sustainable finance engages directly with the academic literature. This might point to the instrumental role of these actors as translators. On the other hand, this finding should also caution against attributing too much importance to the ideas of academic economists.

As to the question of how the ideas of both frames and economic theories are implemented, I single out two transmission channels. First, there is a persuasive channel, where actors participate in debates about the direction of sustainable finance. The way in which these debates develop is not fundamentally distinct from other areas of policymaking. The different actors advance their position, try to garner support among policymakers, interest groups, the (specialised) media and the interested population. Their positions in those debates are based on the frames that underscore their understanding of what sustainable finance is. The winning positions are then translated into policies. One examples of such a debate concerns the question whether financial institutions should divest from unsustainable companies or whether they should use their stakes to help the companies to transition towards better practices. A resolution of the debate in which policymakers favour either of these positions would then reflect the respective frame and its ideational underpinnings.

The second transmission channel is performative. It focuses the relations between ideas, frames and socio-technical instruments. These instruments enable the governance of sustainable finance in the first place by establishing accepted categories. Examples of socio-technical instruments are accounting standards, definitions, indicators and economic models. A concrete case that has received much attention in the recent past is the green taxonomy that has been tabled by the European Commission to define sustainable finance.

In the thesis, I find that most of the prominent debates are actually not between the proponents of different frames but take place within the risks and opportunities frame. Furthermore, debates that occur in more scientific settings like the community of central bankers and regulators have dividing lines that resemble economic theories more than frames. Socio-technical instruments, on the other hand, are more structured around the frames. While the risks and opportunities frame also dominates here, vestiges from the period in which SR investors were at the centre of the system remain. The different priorities of the climate finance and the critical frame have likewise given rise to different socio-technical instruments.

Next to describing debates and socio-technical instruments and sorting them to ideas and frames, this thesis also comes up with a hypothesis concerning variations in the relative strength of different transmission channels. I suggest that the size and maturity of a policy subsystem influences the relevance of either transmission channel and with that the degree of contestation. Whereas in mature and large policy subsystems the persuasive channel is more powerful, in small and emerging ones the performative channel is more relevant. As sustainable finance is a case of an evolving policy subsystem, it falls in the latter category.

The way how finance is connected is important insofar as financial sector dynamics have a considerable influence on the socioeconomic transitions as banks and investors have a significant stake in determining which sectors, technologies and enterprise structures will be allowed to obtain funding and thus prosper in the future. The growing importance of sustainalbe finance is illustrated by the fact that it is high on the agenda of regulators and central banks, private financial institutions like asset managers and IOs like the IMF amongst others. Also, in 2019 China, the EU, France and the UK either had plans to act on the issue or were already implementing measures related to the issue.

Already during my studies I was an active member of the Netzwerk Plurale Ökonomik and the International Student Initiative for Pluralism in Economics (ISIPE). After finishing my Master’s degree, I worked for the Netzwerk as academic coordinator in conceptualizing and contributing to the setup of the pluralist economics education website Exploring Economics.

Also, I worked as Research Assistant on a project assessing the state of German Economics undergraduate education at the University of Kassel.

University of Warwick in December 2019, “Exploring Technology-Led Experiments in ESG and Sustainable Governance.”