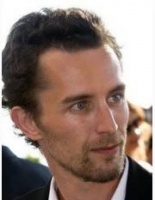 Julien Jeandesboz teaches international relations and European studies at the Department of Political Science of the ULB and is a member of REPI and of the Institut d'études européennes. He received his PhD in political science and international relations from Sciences Po, Paris. He previously worked as assistant professor in the Department of Political Science at the University of Amsterdam, was a research associate in the Department of War Studies at King's College London, as well as a teaching fellow at Sciences Po, Paris.