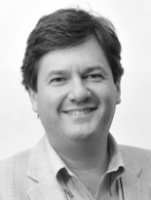 Louis Bélanger is a Professor of International Relations in the Department of Political Science at Université Laval, Quebec City, and the Director of the Institute for Advanced International Studies (HEI). He is the author of numerous publications on regional integration, free trade, Canadian foreign policy, inter-American cooperation, and the politics of secession.

He held visiting positions at Duke University, at SciencePo-Paris (Centre d’études et de recherches internationales), at the Woodrow Wilson International Center for Scholars, in Washington, and, as a Canada-U.S. Fulbright Visiting Scholar, at the Paul H. Nitze School of Advanced International Studies (Johns Hopkins University), and at the Institut d’études politiques de Grenoble.