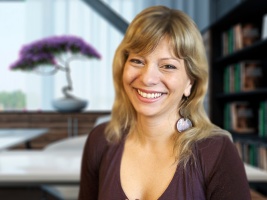 Marialaura De Angelis is a Political Scientist, specialized in East Asia, with a particular focus on North-East Asia and Japan, where she lived from 2005 to 2006. She is an Italian citizen and a Junior Associate and Project Coordinator at EIAS. During her stay in Japan, she received a government scholarship (JASSO) which allowed her to study in Kyoto’s Ritsumeikan University. In 2007, she moved to Brussels to take up the position as Political Assistant and Asian Affairs Officer in the European Parliament, which brought her first-hand knowledge of the European institutions functioning from the inside, especially regarding the EU’s relations with East Asia. Thanks to her work in the European Parliament, she accumulated considerable experience in the fields of Politics and Trade in particular. In addition, she organised and participated in delegations to Japan, China and North Korea.

After leaving the European Parliament in 2009, she joined POLINT where she has an Asia-focused managing role. She joined the EIAS as an Associate, while deepening the already existing close cooperation with POLINT, continuing to broaden her expertise and knowledge of EU Public Affairs and EU-Asian Relations in particular.