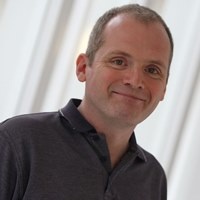 Matthew Watson is Professor of Political Economy in the Department of Politics and International Studies at the University of Warwick in the United Kingdom.  He is also currently a UK Economic and Social Research Council Professorial Fellow.

Matthew Watson came to Warwick in January 2007 from the University of Birmingham, where he had been a full-time member of academic staff since October 1999, and where before that he had studied for a PhD. From October 2013 to September 2018 he has been in receipt of a prestigious ESRC Professorial Fellowship to enable him to work on the project, 'Rethinking the Market'. Its stand-alone website contains details of all of his project-related activities.

Matthew Watson’s broad area of research interests is particularly concerned with trying to understand politically that most ubiquitous of modern economic institutions: 'the market'.  What does it mean to live life as a market-bound economic agent?  How has that agency been culturally inscribed in modern history?  And what plausible political means are there to escape its behavioural logics? This overall programme of research is designed to allow Professor Watson to understand the multiple ways in which the market economy becomes embedded in everyday experience: as a set of institutions designed to naturalise behaviour, as an ideological blueprint for the common sense of society, as formal practices manifesting routinely reproduced exchange relations, as evolving ideas incorporated into the history of economic thought, as reflections in popular culture, and as something against which to organise political resistance.

Matthew Watson is currently working on three books as outputs from his ESRC Professorial Fellowship project, Rethinking the Market.  One book is called simply The Market, which is being written as an introduction to the different market concepts that exist side-by-side within economic theory; another book is called Economics Imperialism and the History of the Mathematised Market Model, which looks at the way in which claims that economics can act as the source of a unified social science depend on developments in mathematised market theory that are far from assured even in their own terms; the third is called Robinson Crusoe and the Foundations of Economic Theory, which focuses on the significant of ‘Crusoe’ and ‘Friday’ characters to basic market-oriented economics pedagogy.

In addition, he has published over 40 scholarly articles in peer-reviewed academic journals.  A full list of these articles is available from his Departmental website.

Matthew Watson is also the co-editor of two book series.  One is with Professor Benjamin Cohen of the University of California, Santa Barbara.  This is the Handbooks in International Political Economy series published with Edward Elgar.  The other is with Professor David Coates of Wake Forest University, North Carolina.  This is the Building Progressive Alternatives series published with Agenda.