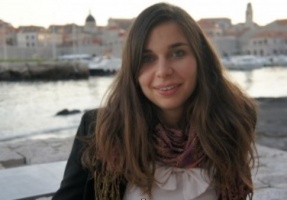 Court of Justice of the EU in Luxembourg
03.2010 – 07. 2010: Administrative traineeship in Protocol and Information Directorate

Embassy of the Republic of Poland in Berlin
07.2008: Internship in the Consular Section

Clifford Chance LLP in Frankfurt am Main
08.2008- 09.2008: Internship in the area of Banking and Capital Markets (project finance)

Pola's particular interest lies in research on the normative underpinnings and the theoretical narrative that could frame the external dimension of judicial authority and legitimacy. In her doctoral dissertation entitled “Judicial Activism of the Court of Justice of the EU (CJEU) in a Pluralist Architecture of Global Law”, Pola was examining the internal and external factors channeling judicial activism of the CJEU in the domain of EU external relations.  She has been presenting and publishing in English, French, German and Polish on a wide range of topics going also beyond European integration, such as judicial politics, global constitutionalism, relations between legal orders in the international arena, national constitutional courts in the EU and comparative regionalism.

Previously, Pola worked as a lecturer of EU law (2015/16) at the University of Geneva and as a postdoctoral researcher at the Chair of Public International and European Law at the University of Fribourg (CH) (2014/15). She holds a double doctoral degree (2010-2014) from the Université libre de Bruxelles (Institute for European Studies) and the University of Geneva (Global Studies Institute). She benefited from a fellowship of the European Commission awarded within the framework of the GEM PhD School - Erasmus Mundus Joint Doctorate on Globalization, the EU and Multilateralism (2010-2013). Pola spent the autumn semester 2012 as a visiting scholar at Boston University (Centre for the Study of Europe). She graduated from the Humboldt University in Berlin (2005-2010) with a German “Staatsexamen”, where she also followed the School of Polish Law (2006-2009). During her exchange year at King’s College London (2007-2008) she specialized in European and Human Rights Law. Her experience includes an administrative traineeship at the Court of Justice of the EU as well as summer internships at the Polish Embassy in Berlin and Clifford Chance LLP.