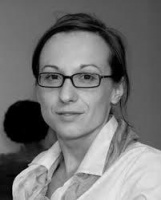 Ramona Coman has received a Bachelor’s Degree in Political Science from the University of Bucharest, a Master’s Degree in European Politics from the Institute of European Studies at the ULB, and a PhD in Political and Social Sciences in 2008 (ULB). In 2008/2009, she completed a post-doctoral stay at the Research Institute on Judicial Systems, National Research Council (IRSIG-CNR) in Bologna, Italy.