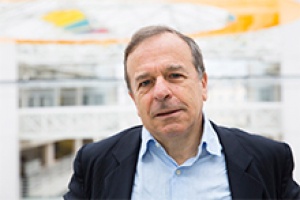 Robert Roth  is Professor at the Law Faculty of the University of Geneva since 1987. He has been Dean of the Law Faculty from July 2003 to July 2007 in which capacity he has contributed to the creation of the Geneva Academy of International Humanitarian Law and Human Rights. In 2011 he has been appointed Judge with the Special Tribunal for Lebanon, where he has presided the Trial Chamber for two years before leaving the Tribunal in September 2013. He has been for fifteen years Editor of the Swiss Criminal Law Review and is a member of the International Scientific Committee for the Revue de science criminelle et de droit pénal comparé (Paris) and of the Steering Committee of the Academic Network of European Criminal Law (Brussels). He has published extensively on international criminal justice and international criminal law, as well as on human rights. As of August 2014, he has been named Director of the Geneva Academy.