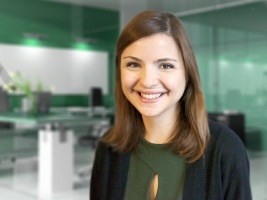 Chiara Zannini is an Italian political scientist specialised on China, a country where she has lived for nearly two years. She holds a BA and an MA degree in Chinese Studies from Bologna University, and an MSc In Chinese Politics from the School of Oriental and African Studies, University of London. She also spent one year at Beijing’s People’s University. Chiara has worked at the European Institute for Asian Studies (EIAS) and at the European Commission’s Directorate General for Development and Cooperation in the field on International Development Dialogue between the EU and Asian countries. At the Commission she mainly functioned as an analyst and consultant on China.

At Polint Chiara focuses on EU Public Affairs ans EU-Asia political and trade relations. She is among the co-founders of Track2Asia and she is the Head of the Brussels chapter of Young China Watchers.