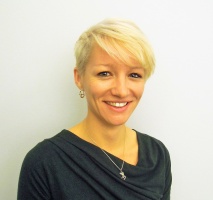 Mutual Trust in Regional and Interregional Cooperation on Counterterrorism: An Analysis of the EU and ASEAN Approaches.

As transnational crime has no regard to borders, competent authorities need to overcome the barriers the barriers of national jurisdictions and cooperate together. The UN and regional organisations, including the EU and ASEAN, have required States to criminalise transnational crime, including terrorism, and to implement effective measures to prevent, investigate, detect, prosecute and punish these offences. They have also required States to cooperate; cooperation being one of the key measures to ensure the effectiveness of States’ action.
The regional level is considered to be the most effective to harmonise legislation as well as to adopt and implement mechanisms of cooperation for security purposes. However, the nature and level of cooperation vary a lot depending on the regional framework considered. In the EU, this cooperation has been legally framed and institutionalised as well as associated with harmonisation of Member States’ legislation. By contrast, cooperation remains much more informal in ASEAN and is not associated with harmonization of legislation. Despite its low level of integration, ASEAN plays an increasing role in the region by leading efforts to create a regional legal architecture. ASEAN is the most successful regional grouping in the “developing world” and has a particular approach vis-à-vis terrorism. Both regions have therefore a legitimate ground and purpose in learning from each other (comparative regionalism) and in working together (interregionalism) in order to ensure – up to the capacities of each regions – the best response to terrorism.

The differences between the two regions are due to various factors, among which the unalike degree of trust between their respective Member States and their capacity to cooperate. Despite its absence in the constitutional treaties, “mutual trust” is a concept constantly used in the AFSJ, especially when police and judicial cooperation is at stake. Whereas its precise status, nature and consequences is still debated, mutual trust seems to have reached an institutional level and to have been transformed into legal expectations in the EU. By contrast, although trust is repeated in ASEAN declarations and objectives, it is less visible in practice between ASEAN Member States. Mutual trust is a fundamental yardstick in developing cooperation mechanisms. The highest the confidence in each other’s systems is, the more efficient the cooperation. Mutual trust serves to build bridges between national jurisdictions. In the EU, such mutual trust is based on common values and norms and implies the development of common minimum standards in the field including human rights norms. It rests of course also on other factors such as mutual understanding of the threat and each other’s particular legislation.

The compared regional analysis will highlight notable discrepancies in each region’s approach. The EU has gone through a tremendous institutional evolution by communitarising the AFSJ. The EU has adopted norms to facilitate cooperation based on common standards and mutual trust. With the numerous types of cooperation mechanisms, the EU adopted a two-fold objective, namely facilitating the cross-border cooperation and harmonising the HR standards. By contrast, ASEAN is still governed by the so-called ‘ASEAN Way’ based on consultation and consensus rather than on bargaining and give-and-take leading to deals enforceable in a court of law; on non-institutionalised processes; and on practice-based rules. These differences involve a clear lack of trust between Member States. This method is slowly and partially shifting towards a more institutional and rules-based approach. This comparative analysis will allow to conclude on the convergences and differences in the conditions and level of trust in each of the two regions in the field of terrorism and on their impact on the level of cooperation.
Based on this comparison, interregional challenges and prospects will be focused on. The EU has adopted a comprehensive approach combining human rights and security measures. Preserving such a balance when interacting with external actors is a serious challenge, especially when States tend to privilege security measures. The EU must adapt its objectives, priorities and means to the particularities of ASEAN while respecting its own standards. In this regard, mutual trust is an important factor in developing interregional collaboration. Since 1972, the EU developed economic ties with different ASEAN Member States and with the ASEAN Secretariat itself. Both regions have increasingly engaged in an interregional dialogue on different issues of interest, including terrorism. Here again, the criteria/conditions and the level of mutual trust developed between the two regions will be examined.

Terrorism has been striking severely in Europe and Southeast Asia. Facing this threat, the EU has adopted an approach combining human rights and security measures while ASEAN has not given any guidelines to its Member States yet (‘ASEAN Way’). Consequently, the EU needs to adapt its objectives, priorities and means to the particularities of ASEAN while respecting its own standards. In this regard, mutual trust is an important factor in developing interregional collaboration.

Trust is on everyone's lips: trust on our representatives, on our institutions, etc. Trust is essential between partners aiming to reach a common objective. Mutual trust does not fall from the sky, it needs to be built and nourished in order to exist and to pay off. It is only where there is trust that cooperation is effective, especially in police cooperation. Knowledge is the cornerstone in building up confidence and that inspiration often comes from different legal systems and practices.

This research will serve as a common ground leading to a better mutual understanding between the two regional organisations. The assessment of cooperation taking place within each region may lead to potential recommendations concerning legal instruments as well as practical measures that may be implemented in each region or in their mutual relations. Regional bodies and national authorities but more likely national competent authorities in the two regions could be interested by this analysis. A mutual knowledge of each other rules should serve as a background to develop cooperation within the two regions and between the two regional organisations. Moreover, this study can also be of particular interest to international institutions such as Interpol or the UN. This understanding will not only serve policy makers and practitioners, it may also serve NGOs advocating for a better protection of human rights in both regions and citizens to understand the mechanisms of cooperation implemented in criminal matters and to identify where potential infringements to human rights exist. All these actors would be able to improve their action in enhancing cooperation mechanisms and in promoting effective protection of fundamental rights, having a better knowledge of the mechanisms of cooperation.

This analysis will not only be useful at the horizontal level – between competent authorities within and between the regions - but also the vertical level - between the citizens and the public authorities.

From 2012 to 2015, she was a researcher on the European Commission’s FP7 SURVEILLE project. In this project, she studied the use of surveillance technologies for the prevention, investigation and prosecution of serious crime in different legal systems.

She is currently a PhD candidate at the Université Libre de Bruxelles and the University of Geneva. The provisional title of her PhD thesis is: “Mutual trust in the regional and interregional cooperation to counter terrorism: An analysis of EU and ASEAN approaches” (co-supervisors: Prof. Anne Weyembergh and Prof. Robert Roth).

She is also a member of the ECLAN (European Criminal Law Academic Network) team.

Her research focuses on substantive criminal law and criminal procedure dealing with serious crime, with a particular focus on terrorism. She specialises in regional cooperation mechanisms and on rationalisation of these mechanisms of cooperation; on counter-terrorism legal architecture(s) at the national and regional levels.

Intern at Europol – Data Protection Office, The Hague (The Netherlands)

Among various tasks, analysis of data retention regime analysis and legal analysis of topical issues of interest to Europol in enhancing the cooperation between Member States

Intern at the Embassy of France in Canada, Ottawa

Research on radicalisation of people leading to terrorism and development of mutual understanding. Project between the French and Canadian governments, especially their respective Ministries of Interior. Objective: to build interstate cooperation in this matter.

Legal analysis of the national reports