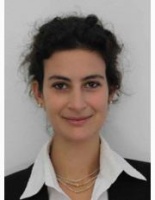 Vulnerabilisation of the trafficked child:

Child trafficking is one of the most pressing transnational issues in need of a robust international legal and policy response. An estimated 3 to 4 million people fall victim of traffickers every year, a third of them children (UNODC 2016).  Although trafficking in human beings is not a new phenomenon, it has in recent years acquired grave dimensions worldwide in the context of globalisation (D’Cunha 2002, IOM 2007): it is considered the third largest, second most profitable and fastest growing criminal industry globally, benefitting from a “merchandise” that can be sold numerous times (ILO 2014). All countries are affected, either as countries of origin, transit or destination. Interest in the issue of human trafficking has been on the rise in the past decade. Firstly, however, research has been mostly conducted in silos, falling under legal studies, human rights, migration, security studies, gender studies, etc., but failing to convincingly build bridges between the different approaches. Hence, whilst the international community is starting to take forward legal and policy responses to trafficking, accompanied by regional efforts in the EU and ASEAN to give a practical grounding to international treaties, these measures often lack anchorage, due to the absence of holistic, evidence-based studies linking theory with practical responses. Secondly, a heavy focus has been placed in the literature on the trafficking of adults for the purpose of sexual exploitation, due in part to its prevalence (54% of victims in 2014, UNODC 2016), the historical roots of the anti-trafficking movements, and its visibility in society. A far less studied form of trafficking is that of boys and girls for the purpose of labour exploitation in a range of industries (38% of cases in 2014, UNODC 2016). These gaps in the literature prevent both legal and policy provisions to be adequately targeted to the populations they intend to protect. Experts, be it in academia, civil society or policy-making, unanimously admit that in order to efficiently leverage anti-trafficking initiatives, a better understanding of the phenomena is key.

The interaction of the multiple layers of actors active in the field of child trafficking represents another understudied area. Deep changes in the social, legal, political and economic structures of society since the late 20th century have led to a shift away from the Westphalian system and towards a “globalisation” of issues traditionally devolved to sovereign states (Agnew & Corbridge 1995; Ruggie 1998; Beck 1999, 2005). The growing cross-border movements of goods and people, whether legal or illicit, have indeed triggered the need for common legal frameworks and transnational policies, calling for coordinated action between public administration, civil society and businesses. This shifting configuration of actors, agencies, themes and initiatives across multiple centres of authority interrogates the “normal” multi-level governance[1] literature premised on static notions of the state (Stubbs 2005, Hooghe 2003) and stresses the need for a more refined approach to the new actors and management modes of the policy and practice arena (Wihtol de Wenden 2013). Supranational and transnational regimes have emerged in the past decades to govern political and social issues beyond the public and national perimeters. The involvment of private actors in political issues has been defined in multiple ways (Weiss 2000; Kohler-Koch & Rittberger 2006), yet, at its most basic level, it encompasses state and non-state actors' joint administration of societal problems. Arthur Bentley first theorised politics as resulting from the interlocking actions of composite groups. In his wake, numerous analyses have emerged on the attempts by private actors to influence public entities, and the relationship of those actors to the State (Truman 1959; Heinz et al. 1993; Knill 2002; Courty & Michel 2012; Ciepley 2013; Waddock 2008), but also on the changes of public policy governance models towards more horizontality and flexibility (Hall & Biersteker 2002; Peters 2009; Stone 2013), and on the role of private actors in transnational policies and global governance (Mansbach et al. 1976; Keck & Sikkink 1999; Börzel & Risse 2005; Scherer et al. 2006; Kobrin 2009).

If the involvement of private actors in the technical management of public goods, including infrastructure and service delivery, dates back at least to the Roman empire, the expansion of their scope of action to eminently political areas, traditional strongholds of the State, is more recent and problematic. Transnational public policies on migration are unique in as far as they engage with sovereign prerogatives (police, justice, security, diplomacy) and touch upon the place carved out for the Other in society. As such, it covers dimensions as diverse as administrative status, respect for human rights, social issues (education, housing, health), labour law, international agreements, organized crime, etc. However, while the hybridization of governance through state and non-state players on transnational migration issues is a fact, it is clear that the circumscription of this phenomenon presents a gap, both in theory and in practice. In view of its importance and its generalization, the literature has little interest in the role of private actors in transnational migration policy. Recent studies have focused on the European context’s multi-level governance practices (Pécoud & Geiger 2010; Menz 2012; Caponio & Jones-Correa 2017), more specifically on the role of NGOs (Colley & Ron 2002) and that of the private sector (Guiraudon 2002; Gammeltoft-Hansen 2006, 2013; Infantino 2016). The role of businesses, in particular, would benefit from increased attention, since enterprises are at the heart of important issues, such as the risk of exploitation of vulnerable migrants and human trafficking practices. The literature is at the moment insufficient where child trafficking in supply-chains is concerned.

[1] Governance refers to norm-generating processes aimed at solving societal problems (Enderlein et al 2010, Dingwerth & Pattberg 2006), while multi-level governance refers to “a set of general-purpose or functional units that engage durably, with some degree of autonomy, in an enduring interaction and united in a common sectoral or communal governance arrangement that enjoys autonomy of its own” (Enderlein et al 2010). The latter is hence situated within the realm of transnational relations, defined rather elusively by Keohane and Nye (1971) as “regular interactions across national boundaries when at least one actor is a non-state agent.”

The research project provides an analysis of two case study regions, the European Union and South-East Asia. They indeed provide particularly interesting possibilities for analysing the effects of anti-trafficking policies on the children concerned for a number of reasons:

The socio-anthropology of child trafficking:

The role of the EU and SEA in global anti-child trafficking initiatives:

Links between the two regions:

Broadly, they can be ranked in four categories:

The research is original in its object and in its commitment to a pluridisciplinary approach that draws on legal scholarship, political science and sociology. The proposed research aims to bring a substantial and original contribution to knowledge in the field of child trafficking, as it suggests filling gaps in academic and empirical research to date, with the view of providing a comprehensive, evidence-based policy plan, which is currently lacking. The study has a clearly applied character since the objective is not only to analyse the design and implementation of laws and programs aimed at addressing the effects of trafficking on children vulnerable to those practices, but also to provide evidence-based information on programs that show positive results in combating child trafficking. The results of these analyses could hopefully contribute to implementable policy developments to tackle the phenomenon of child trafficking and thus contribute to the protection of victims at multiple levels (international, national, local; public and private actors). Particular attention will therefore be paid to the implementability of the recommendations made and to the robustness of the methods used, the critical discussion and testing of the findings, and the evaluation of the different stakeholders, relevant policy sectors and policy responses. The research comes at a critical period for these measures, as many countries are in the process of creating new legislative frameworks for the association of the private sector to anti-trafficking initiatives, and are thinking about the best ways to push business to move beyond lip-service to ensuring compliance to anti-trafficking norms. In doing so, the proposal hopes to offer solid legal and policy recommendations to decision makers and enhance the protection of child victims.

Certified as a higher education professor (holder of the French “Agrégation”, Ministry of Education)

An experienced political advisor, since 2010 my clients have included consultancy firms, national and international public institutions and NGOs. I have in particular held positions as a Consultant in Politics and Public Policies for an international advocacy NGO (ONE.org), the London School of Economics’ consultancy arm (LSE Consulting), London-based lobbying firm Tetra Strategy, and UNESCO.

I currently teach three graduate classes in European studies at the Sorbonne University in Paris on “Migration and asylum in Europe: policy and legal frameworks” (B5A9E2), on “Trafficking and smuggling of human beings in Europe” (BZAM96; BYAM9K), and on “Global challenges in a complex world: UK/US/EU institutional frameworks’ differentiated approach to policy and law”.

Volunteer work as Associate Editor at the Cambridge Review of International Relations, Workshop Facilitator & Fundraiser for a Bosnian NGO (Most Mira), and Conference Organiser.

Panelist, EurActiv, “Development aid’s role in improving maternal health and reducing child mortality” (Permanent representation of the European Commission in France, Paris, 27 May 2014). Panelist, alongside senior officials of the Ministry of Foreign Affairs, the French Development Agency and Parliament

Chair of exhibition and festivities committees, London School of Economic’s Association for the Study of Ethnicity and Nationalism (ASEN), “Forging the Nation: Performance and Ritual in the (Re)production of the Nation” (London, April 2011)

E. Narminio, P. Bacon. “The framing power of ASEAN with regard to human rights and democracy”, in Framing Power Europe? EU External Action On Democracy and Human Rights in a Competitive World, eds R. Marchetti and N. Levrat. Routledge: 2020 (forthcoming).

ONE. Poverty is Sexist: why girls and women must be at the heart of the fights to end extreme poverty. ONE, March 2015.

ONE. The 2014 DATA report: Fighting Poverty and Financing Africa’s Future. ONE, October 2014.

ONE. Going for Goal: Immunisation and the Case for GAVI. ONE, May 2014.