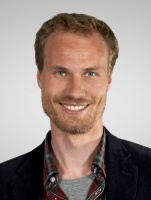 National Identity and Region-building in Moldova: A Discursive Approach to Europeanization

The dissertation seeks to better understand foreign policy making of the Republic of Moldova in the context of EU integration through the lens of poststructuralist discourse analysis. In doing so it contributes to ongoing debates in literature on the shortcomings of the Eastern Partnership (EaP) and the rise of geopolitics in the eastern neighbourhood. Discourses analysis as an analytical framework emphasises the role of identity and recalls that these identities are not pre-given but relational. The dissertation raises the question how EU integration has shaped Moldova’s self-understanding as a ‘European’ state and how this self-understanding, in turn, shapes EU integration? The framework calls for two basic analytical steps: First, the identification of potentially competing Self/Other constructions in the EU and Moldova and how they juxtapose Moldova’s European identity. And second, how the new discursive dispositions posed by EU integration ‘normalize’ Moldova’s European identity and (simultaneously) legitimize EU integration practices. The methodology rests on the concepts of ‘intertextuality’, ‘discursive nodal points’, and ‘basic discourses’. In line with these concepts a dynamic corpus of texts and statements is analysed in genres such as official discourses (e.g. speeches acts and political writings by officials and politicians, strategy papers), media reporting, and expert discourses on foreign policy and EU integration.

The case study is the Republic of Moldova

From a theoretical point of view the dissertation contributes to the debate on discursive approaches to EU integration. It adds to the existing literature on the eastern neighbourhood by applying the Region Building Approach and the concept of performativity. It recalls, that ‘European aspirations’ are not pre-given, but imagined, negotiated and practiced and therefore also politically contested in the neighbourhood countries. The application of poststructuralist framework also contributes to an ongoing critique of the normative power Europe-approach from a critical studies perspective.

From an empirical point of view the Republic of Moldova is an understudied case. Some studies use discursive approaches to foreign policy making of East European countries in the context of EU integration, but very little work has been done on foreign policy discourses in Moldova. Furthermore, Moldova’s problematic national identity formation has drawn considerable scholarly attention. However, the question how this ‘protracted nation-building’ has played out in the context of foreign policy making the competitive regional influences has so far been rarely addressed. A rich empirical account of Moldova’s foreign and EU integration policy making is therefore not only a contribution to EU integration studies but also to area studies interested in East European politics.

Finally, the project is also relevant from a societal point of view. By shedding a critical light on EU integration practices the study contributes to better understanding of current debates in ENP studies: For example, a debate on various ‘unintended consequences’ of EU integration in the region and increasing geopolitical tensions and domestic political instability in the neighbourhood countries.