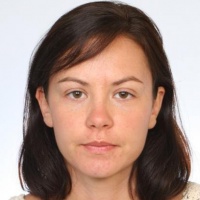 This research will shed light on the political transitions taking place in the shared neighbourhood of the European Union (EU) and Russia, and on their capacity to influence these processes. This study is based on the premise that endogenous support and the perception of the domestic actors is key for understanding the dynamics of transition processes. Therefore, it will focus on both internal actors and processes, as well as on the influence exerted by external actors. The thesis will include the analysis of the political context and social relations involved in the political regimes. The consideration of the values and policy instruments that guide the framing processes developed by the EU and Russia will provide an overview of the strategies used by these two actors. On the basis of this initial inputs the capacity to influence the direction of the political transitions will be assessed.

The present research will be based on three case studies - Moldova, Georgia and Armenia. Given that the external influence of Russia and the EU is another element that will be considered in these three countries, I will perform an in-depth within case study (by using process-tracing) and cross-case comparison. The comparative element will focus on the discourses and policies mobilized by the EU and Russia. While the analysis of their impact for the democratic transitions will follow the logic of in-depth within case study and a cross case comparison at a later stage.

The selection of these case-studies is based on the following three variables (More detailed analysis of the three variables can be found in the Chapter attached to this Evaluation form):

The dynamics of the reform processes and the international influence will be traced in the fields of Rule of Law, Interinstitutional accountability and Electoral Accountability. The specific reform processes in these three fields and the justification for their selection is presented on pp. 6-10 of the Chapter 2 attached.

The analysis of the democratic reforms illustrates the importance of contextualising these processes in the deeper power struggles and social dynamics of the countries. Therefore, the research argues that a study of the relevant positions of the main social actors, domestic dynamics and cleavages is essential in order to understand the actual implications of domestic institutional change. The leading aspects in both domestic and international transformation is domestic competition and participation.

In their competition domestic actors use strategies as the creation of parallel and alternative institutions, the lack of implementation or the adoption of legislation which invalidates the concessions of the constitutional reforms and the initiation of a reform, which has as a declared goal to weaken a specific institution. Against the background of non-transparent political deals, and façade procedures, social participation has increased its role.

The analysis of international dynamics show that the geopolitical competition has intensified. However, it does not involve the need of an exclusive choice that it did in the 2000s. The EU has adopted a normative discourse towards the shared neighbourhood, which was initiated by a liberal peace perspective and gradually evolved towards principled pragmatism after 2015. Consequently, the initial pretensions for geopolitical ordering have been complemented by a more realist and geopolitical perspective, which prioritises security and stability as preconditions for democracy. Democracy support is defined in a flexible and versatile way. However, the EU’s expertise and institutional development has focused mainly on the development of sectorial acquis communautaire and less so on the practical strengthening of democracy as a value, which is counts with the expertise of other international organisations as the Council of Europe. Furthermore, the EU support in the field of democracy has been defined by a clear prioritisation of institution-building and the AA/DCFTA recurs to conditionality in support of democratic transformation.

On the other hand, Russia’s normative positions have evolved from neo-revisionism towards nationalist and neo-conservative approach, which has reinforced the geopolitical interpretations of the regional context and of the EU actions. Sovereignty and the right of independent choice of development path are central in Russian discourse.

Therefore, the EU’s specialization in norm-development has evolved towards a definition of EU values in relation to an institutional framework which guarantees citizens’ rights. On the other side, Russia has recurred to different historic civilizational discourse, which reinforces the role of state norms in defence of its national identity and collective rights.

In contrast to the EU, Russia has proved its capacity and willingness to use imposition in order to change the path of action of its neighbours. This has led to reduced control of the state territory, to long-term frozen conflicts and pockets of autocracy in its neighbours. Besides, Russia counts with strong leverage instruments due to its capitalisation of historical interdependencies. In terms of socialization it has developed a broad network of cooperation between public and private organisations that support the traditional values of the Russian World. In this aspect, it also counts with important cultural, religious and language prevalence in the region.

Since the collapse of the Soviet Union, the consolidation of stable democracies in the Eastern neighbourhood has been one of the main objectives that has influenced the external action of the European Union (EU). In addition, during the last two decades the conditions in the region have significantly changed. The features of the power and influence exerted by the EU and the Russian Federation have also evolved. For instance, the EU leverage in the post-Soviet region is more limited, as result of the significantly reduced speed of integration of new members after 2004. On the other side, the influence of Russia as an important factor in the shared neighbourhood has significantly evolved. Traditionally Russia plays a relevant role in the region as a result of longstanding cultural, social and political links. However, its growing assertiveness since 2008, paralleled with the creation of alternative regional structures, has contributed to redefine the political and social boundaries of the shared neighbourhood.

Consequently, the intentions of the EU to exert influence in its neighbourhood face different challenges. The present research will focus on the capacity of the European Union (EU) and Russia to frame political transitions in their shared neighbourhood. For this purpose, I will adopt the standpoint of the societies on which external actors (EU and Russia) exert influence in order to tip the balance of the political transition towards specific outcome. In this way, I will place the domestic political and social processes in the centre of my research, while taking into account the input from external actors. Thus, I will contextualise the approach chosen by the EU and Russia in the field of democracy promotion, in order to clearly understand its capacities and how these can be strengthened.

Due to their significant contribution to planning and implementation of democracy promotion, the European External Action Service and the European Commission would be the most relevant counterparts within the EU institutions. The Russian Administration and the Eurasian Economic Union will also be involved in the research. In addition, European, Russian and local Non-Governmental Organisations that seek to influence political transitions in the region might also find useful the outcomes. In addition, the findings might be used constructively by public institutions in the transition countries.

Since June 2014 I have been employed, for one year, by the International and Iberoamerican Foundation for Administration and Public Policies in the mangement of democratic governance projects and Twinning Programmes. Before this, I have held the position of International Consultant in BDO Auditores, in Madrid, with frequent field trips to support the technical evaluation or economic monitoring of development projects.

EASTERN PARTNERSHIP STUDENT GROUP IN THE COLLEGE OF EUROPE– Organization of Conference “Towards an Eastern partnership: 2.0. Discussing the Review of the European Neighbourhood Policy” – Bruges, Belgium (20 JANUARY 2016)