The GEM programme provides ample opportunities for personal, professional and intellectual growth. Learning alongside, and sharing ideas with other scholars in this programme, from its host institutions and beyond allows inter-disciplinary exchange which has, no doubt, enriched this experience. GEM has delivered on its promise by providing a truely dynamic international research programme. 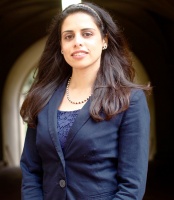